2020 is set to be a massive year for the next generation Wi-Fi wireless technology. 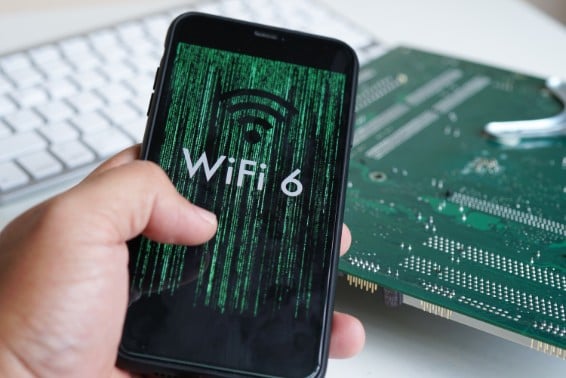 In case you hadn’t heard, Wi-Fi 6 (802.11ax) is currently a hot topic in the world of networking. Everywhere you look, vendors, consultants and service providers are talking or writing about it. One of our favourite pieces comes from the hand of Perry Correll, Director of Competitive Intelligence at Extreme.

In his article, Perry examines why this Christmas (and 2020) will be the one to introduce Wi-Fi 6, and how major technology giants are already preparing their products to support this next step in the evolution of networking.

Read on to find out more about Perry’s thoughts on the subject and what to expect in the year to come.

This article was originally authored and published on the Extreme blog by Perry Correll.

Let’s start from the beginning. Some vendors, including Extreme, started the development of Wi-Fi 6 APs over two years ago, shortly after the Institute of Electrical and Electronics Engineers (IEEE) had solidified the technology and had a solid draft standard. Note that no one waits for the final standard to be completed as that is a long-drawn-out logistical process that, in fact, the IEEE still hasn’t completed, even though the Wi-Fi Alliance (WFA) has already started it’s Wi-Fi 6 certification programme.

Now, about a year ago we [Extreme] actually started shipping Wi-Fi 6 capable products and as soon as we did, the first question from partners and customers started: ‘Where are the clients?’ Competitors without a solution also used this same argument, at least until they launched their own products and they then no longer had an issue. But, back to the topic at hand: clients.

A key point to appreciate is that a primary driver for any new generation of the access point is new Wi-Fi technology - Wi-Fi 6 in this case. As soon as the technology was solid, vendors raced to get their products built and shipped, but not so much for the client manufacturers. Taking a look at some major Wi-Fi client manufacturers, like Samsung, Apple, Intel, HP, and others with 11ax products shipping or just announced, none of them focused on support of Wi-Fi 6 as a primary driver; it was more about higher processor speed, more pixels, a foldable screen, or any of a half dozen new and attractive features that would get customers to buy their devices. So where 11ax technology drove the launch date for APs, it was only a second-tier component, at best, in most client-side devices. The launch schedule for the latest phones was driven by eye-catching features, not wireless technology advancements, that only us nerds can appreciate.

So what does this have to do with Christmas? Hold on, I’m getting there.

Almost a year ago Extreme started a series of 45+ Wi-Fi 6 roadshows throughout North America and Europe, and in almost every case the Q&A always came back to client availability. After a while, I started to say, ‘wait until Christmas’. This wasn’t a dodge, it was based on conversations I had with individuals at the IEEE and WFA meetings I attended. They couldn’t publicly state what or when, but the products were coming by the end of the year. And this was only logical as the exact same companies making the chipsets for Extreme’s and other vendors’ APs were also making chips for the client’s devices. The technology was done and the chips were sitting on the shelf waiting for the next scheduled release of products (phones, tablets, laptops).

Over the last several months, Samsung, Asus, Apple, HP, Dell, Intel, and many others have either shipped or announced products supporting Wi-Fi 6 wireless technology. And those companies who have just announced products are promising huge volumes before the end of this year. So as I said in the title, this will be the Christmas of Wi-Fi 6.

Considering Wi-Fi 6? Find out more about 802.11ax in the Extreme white paper.

With the release of Wi-Fi 6 on the horizon, vendors and manufacturers alike are preparing for a busy year ahead. A new standard of wireless technology is about to hit the market, one with the potential to transform the way your organisation operates.

Connectivity never looked faster or more reliable. Have you thought about how your business could benefit?

Alexa, Can You Really Help Me Manage My Network?