Autonomous Networking vs Autonomous Flight: The Sky’s the Limit

One of our partners, Extreme, introduces us to a new kind of autonomous ‘self-driving’ network in the shape of a small button.

Read on to find out more from Eric Broockman, Extreme’s Chief Technology Officer, as he explores a very different angle of autonomous networking.

This article was originally authored and published on the Extreme blog by Eric Broockman.

As Extreme Networks and the rest of the networking industry chart a course towards the future nirvana of an autonomous “self-driving” network, there are some interesting parallels to this journey in other industries worth exploring and contemplating. A parallel often used of course is with electric cars — Tesla and its self-driving features in particular. But I’d like to explore a very different angle – private aircraft. Really.

What made me think about this unique angle is a new product recently introduced by Garmin – best known for its GPS technology products. Garmin’s new product is branded as Autonomi™ and is part of their Autonomous Flight Solutions. The Autonomi feature that caught my attention is the Autoland bright red in-flight assistance button that all of us would call a panic button. So, what does it do?

The panic button is meant to be used by passengers in a small private plane when the designated pilot becomes incapacitated for whatever reason. Once appropriately engaged (it isn’t instantaneous), the Autonomi’s Autoland feature determines the location of the nearest airport, calculates fuel availability and distance, computes a flight path around hazardous terrain and inclement weather, signals air traffic control, transmits an emergency radio code, flies the plane to the proper runway, descends, controls the flaps, and “crabs'' the landing until the plane has come to a full stop.

All along the route, there’s a simple user interface being displayed to the passengers to inform them that all is well – while the meantime everyone screams in panic before they eventually calm down while their aeroplane effortlessly flies itself and lands on the proper runway. In my mind, this is compelling, though clearly a special case, an example of autonomous “self-driving” air flight.

The link between air flight and networking

So what are the parallels here between what Garmin’s Autoland and Autonomi capabilities have so cleverly brought to private aircraft and the vision of delivering autonomous networking to the enterprise? If we start with the basics, from the perspective of air traffic control. With a plane in flight, they can clearly see the progress of the aircraft, they likely have received status updates, but Air Traffic Control (ATC) has no direct control over the flight itself. Then we have the pilot perspective. The captain receives tons of information on the aircraft, has the visual sight to rely upon, communicates with ATC, but first and foremost is hands-on and fully in control.

The next and more advanced mode of control is when the pilot has an assistant, or more aptly named, a co-pilot. Here we have another set of eyes, hands, and brainpower that can offload lots of the repetitive and common tasks, thus freeing up some of the pilot’s time to attend to other matters.

In the last step up in “automation” we have software and hardware assistance that’s actually capable of taking full control of the plane on behalf of the captain. I would call this the auto-pilot mode. The simplest example of this is when the captain sets the heading, elevation, and airspeed and essentially sets the plane on cruise control. Garmin’s Autoland capability is clearly a more advanced and sophisticated form of auto-pilot.

Now let’s compare and contrast this with autonomous networking. The pilot mode parallels a networking professional who is skilled with the CLI, understands the protocols, and operates the network on a day-to-day basis. Very hands-on. The co-pilot mode in some sense compares favourably to a situation where the network has very solid network management capabilities, network access controls, automation for simple day-to-day tasks, and simplifies other repetitive standard tasks. Some of this automation may even be benefiting from Machine Learning (ML) or AI technology to assist in “flying” the network.  The auto-pilot mode is clearly a step ahead in the journey to an autonomous network. The Autoland capability in some sense is still a fairly rudimentary form of autonomy and is perhaps most akin to the latest use of containers and Kubernetes and associated SDN-like software that can run a data centre.

Auto-pilot can control both

Don’t get me wrong, if you were a passenger on a private plane and needed to press the panic button to engage Autoland, you’d be more than thankful for the clever automation behind the red button. However, let’s expand this and see why from a networking analogy perspective this corresponds to some pretty basic auto-pilot capabilities. In the Autoland case, frankly there just isn’t that much traffic in the air by comparison to traffic on a network.

It’s essentially more akin to dedicated circuit switch bandwidth and point-to-point connections with the ability of ATC operators to swap the patch panel mid-flight if required.

Autoland has to do some math – but it’s essentially a high school calculator level. The sophisticated part is responding to the environmental conditions and making the appropriate real-time changes to flap settings, etc. Even the landing itself is pretty well understood. By contrast, in autonomous networking, the variation in traffic patterns, packet size, destinations, traffic density, etc is far more diverse. By its very nature, a packet switch network often permits more traffic to enter the network than it may be able to deliver while meeting poorly defined and monitored service level agreements. There’s no real ability to talk to the “SDN controller in the sky” and say “all traffic within this airspace, be aware, I am doing my thing from here to here – clear out of the way.”  – which is, in an overly simplified way, what Autoland is doing.

In summary, Garmin’s clever new invention can easily capture the imagination of the flying public with what on the surface is a truly remarkable auto-pilot, autonomous flight capability. In thinking about how this compares to networking, we can see there are parallels to an interesting analogy between our very approachable understanding of air travel and the sophistication and complexity of a modern network. It also illustrates the grand scale of the challenge for achieving autonomous “self-driving” networking. Finally, indirectly this parallel shines a light on the fact that sophisticated ML and AI are the paths that will continuously improve auto-pilot capabilities on each subsequent iteration and enhancement of modern networking.

Learn more about our partnership with Extreme Networks. 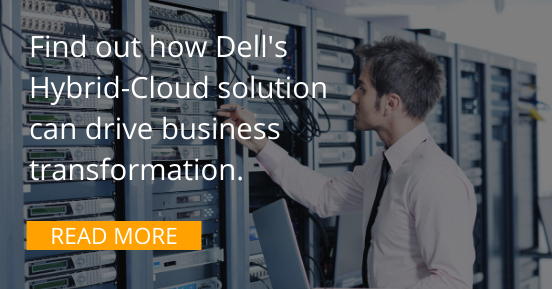