As predicted in our previous article, it’s been a strong start to the year for Wi-Fi 6. Evolutions in its technology and speed have given it a further lease of life while the jump up to the 6GHz band spectrum comes at a time where the technology becomes available around the world. 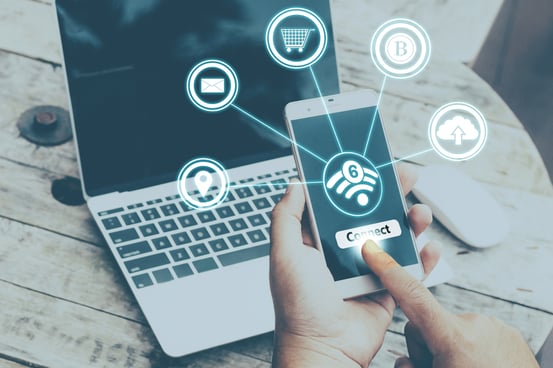 Perry Correll, Director of Competitive Intelligence at Extreme, expands on his previous article and looks into how the 6GHz increase will impact the average user.

This article was originally authored and published on the Extreme blog by Perry Correll.

2019: The birth of new wireless technologies

Throughout 2019 we heard a constant drumbeat about newer, faster, better wireless technologies. These included Wi-Fi 6, 5G, CBRS (privateLTE), LoRaWAN, and a plethora of IoT-focused technologies, all backed up with reams of documentation and test results demonstrating their value over their peers. The bottom line is that this actually created more confusion than clarity and in many cases, the differentiation/advantages of one technology over others were at best subjective and at worst demonstrable only via expensive testing equipment, not something the average user would actually experience.

Additionally, it’s commonly accepted that Wi-Fi is a given; it’s not going anywhere as it’s the default wireless technology for home, office, and public spaces. So adding new wireless technology will not displace Wi-Fi, but instead will just require an additional wireless infrastructure to install, manage, secure, etc. This isn’t something any administrator wants to deal with.

So accepting that Wi-Fi is and will remain the primary wireless technology and the latest version (Wi-Fi 6) offers huge improvements in efficiency over previous versions, what’s next?

Do you have any questions on Wi-Fi 6? Check out our handy FAQs article.

Now I could discuss the technical advantages it offers and pontificate about new 20, 40, 80 & 160 MHz channels, the reductions in CCI or ACI problems (cleaner spectrum) and a greater ability to support high bandwidth applications like augmented and virtual reality (AR/VR), but instead let’s look at what it offers the typical user who just wants to watch a game, stream a movie or post some ridiculous video of themselves to their social media site.

Wi-Fi is 21 years old now and over the decades there have been continuous improvements in reliability, security, and performance, but with Wi-Fi 6 and 6GHz = Wi-Fi 6E, Wi-Fi takes the next step forward.

To explain this, let’s look at our motorways as an analogy.

Staying in the right lane with Wi-Fi 6

When Wi-Fi first appeared, think 11a/b/g, we were all on a one-lane road where a few slow vehicles could destroy your network’s aggregate throughput. As newer technologies emerged, 11n, 11ac and 11ax, we started to see improvements, like moving to a 3-lane motorway. 11n put us in the left lane, and even though the speed limit said 70 mph, slower cars and contention still slow everyone down.

Next came 11ac and we moved into the centre lane, theoretically a faster lane, but a couple of slowpokes once again quickly degrade overall performance. Finally, we reached 11ax/Wi-Fi 6 with the ability to support multi-user communication and enabling more than one client to talk at a time.

We’re in the right lane now, taking advantage of faster cars, carpool lanes, and priority lanes combining to offer a higher level of traffic efficiency. But once again those slowpokes still get in your lane and degrade performance.

Considering Wi-Fi 6? Find out more about 802.11ax in the Extreme white paper.

Now comes Wi-Fi 6E operating in the 6GHz band. So what?

Imagine you’re driving in that right lane, still bumper to bumper. Off to the left, you see they are building a brand new highway with 4+ lanes of traffic and no one else is using it (ok, there are a few incumbents). Later this year they will start to offer an onramp to those new lanes and it’s not just more lanes (think channels), but also minimum requirements to access those lanes; no slow cars, no farm tractors, no scooters, only high-performance devices that we networking people call Wi-Fi 6 or above.

This is the advantage of Wi-Fi 6E: more bandwidth, greater performance and efficiency, and elimination of slower technology devices, all combining to offer a level of user experience even the person filming their avocado toast breakfast can appreciate. Wi-Fi 6E; yes, it’s a big deal. We’re not just talking about the subject of a 30-page whitepaper, but something the average user will actually experience and appreciate. 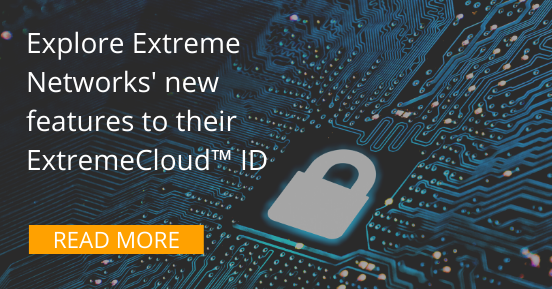 Autonomous Networking vs Autonomous Flight: The Sky’s the Limit