Exeter College Gives Wireless to 22,000 Weekly Visitors, and Prepares for the Internet of Things, with Help from LAN3

The University of Oxford is the number one ranked University in the world, and the oldest in the English-speaking world. Exeter College is the fourth oldest College at the University, and can trace the history of its 40+ buildings back over 700 years to 1314.

Famous alumni include the author of The Lord of the Rings, J.R.R. Tolkien, and the first man to run a mile under four minutes, Roger Bannister.

Despite its ancient roots, Exeter College wanted to remain at the cutting edge of academia by offering Wi-Fi to its 22,000 weekly visitors, and preparing its network for the Internet of Things (IoT).

Exeter is Oxford’s fourth oldest college. It has occupied much of its present site since its foundation in 1314.

Its founder, Walter de Stapeldon, was a Devon man who rose from a humble background to become Bishop of Exeter and Treasurer of England under Edward II. He founded the College to provide an educated clergy for his diocese. During its first centuries, Exeter drew its members mainly from Devon and Cornwall. 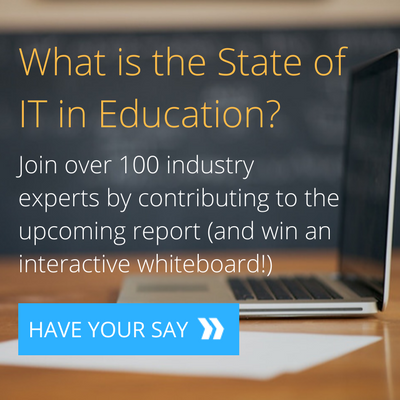 How to Offer Wi-Fi to Students, Academics and Guests Alike Before embarking on the wireless project, Exeter College made use of a centrally managed service. Although it offered basic connectivity, it provided the same service to everyone. Visitors received the same quality of service as academics working on critical research. Exeter College needed control, and the ability to preferentially give users differing amounts of bandwidth.

For Simon Mortimore, IT Manager at Exeter College, the challenge was simple: how to offer 22,000 visitors, with competing requirements and needs, the correct level of connectivity, while having enough headroom for the explosion in network demand anticipated by the IoT.

“The use and demand on the wireless service has massively increased. This is both recreationally, as we call our students’ residential connections, but also professionally we’re seeing many more devices, and purposes, coming along, to take advantage of the wireless service where it exists.This could be in the kitchen doing stock control, it could be in the libraries doing various sorts of book management. That sort of service wasn’t possible until we had stable and reliable wireless solution.”

“Wireless is now responsible for 90-95% of our bandwidth, and in any given week, our wireless systems help us manage around 4 terabytes of traffic. At that volume we need to have a lot of control over bandwidth throttling and quality of service.”

“Wireless is now an expected service, a little bit like flicking the light switch. We have around 1,000 users who we are directly responsible for, but we’re also in the centre of a major city, and part of a much larger university."

"Our footfall, and our tourist traffic sees us having 20,000 – 22,000 users a week connecting to our 200 access points. And those are unique individual clients.”

IT Manager, Exeter College, The University of Oxford

LAN3 designed and installed a 250 access point Aerohive wireless network, rolled out over an 18 month period, in the University holidays when the students were away from the College.

Mortimore continued: - “Given the number of buildings we have, we were able to stagger our deployment. In some buildings we deployed maybe 10 or 20 access points at a time, buying as we needed. With a number of wireless solutions, you’re led for licensing reasons to commit to several hundred access points, but with the Aerohive solution we didn’t have to do that, because we made use of the online HiveManager, and we were able to have as many licenses as we needed at any point.”

“In addition to just internet access, we’re now able to do a lot of firewalling, deep packet inspection to control traffic, and we’re using the PPSK to broadcast a single SSID, which depending on your connection method gives you a different set of services depending on who you are. This means individual users within the College, whether they’re members of staff or academics think that they’re all getting the same service, but we’re preferentially giving senior members a better experience than those users who don’t need very high bandwidth all the time.”

With a network performing for academics, students and guests alike, Mortimore can look to the future, and the demands likely to be placed on the network due to the explosion in IoT devices: -

“As the technological environment increases, and wearables, including other Internet of Things, come along, wireless will be key to support that. Quite where it goes we don’t know, but we do know the requirement for connecting many devices is going to be with us very soon, if it’s not here already.”